Should You Buy Pre-filled or Refillable Cartomizers 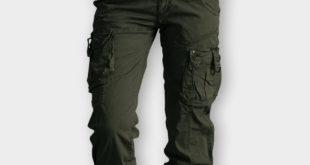 Look on the back of a picture frame. Or the bottom of your children’s toys. Or even the tag on your pillows, linens, and clothes. In most cases, you’ll find the small black words “Made in,” followed by one of many foreign countries—usually an Asian one.

We live in a global marketplace, but it has not always been so. When the first e-cigs came out of China in 2003, and its popularity spread throughout the U.S.—thanks mostly to the use of internet sales—it signified a new era in global exchange. No longer could countries prevent their citizens from being introduced to products from the other side of the planet.

A new survey by researchers from the U.S., United Kingdom, Australia, and Canada, examined, for the first time, international awareness, use, and perceptions of Electronic Nicotine Delivery Systems (ENDS). As lead investigator of the survey Richard O’Connor, Ph.D., at the Department of Health Behavior in Buffalo, New York, explains, “We were not aware of any studies to date that examined cross-national patterns of ENDS use. No studies have examined use in markets where ENDS are nominally banned.”

ENDS are banned in Australia and Canada, so researchers were curious to see how the perceptions of devices like e-cigs differed from America and the U.K., where they are allowed, albeit restrictively. Among a fascinating finding were:

E-cig awareness ranged from 73% in the U.S. to 20% in Australia. (E-cigs are banned in the Australia and legal in America)

People 18 to 24 years old, non-minority populations, and people with higher incomes had greater awareness of e-cigs 16% of respondent had tried e-cigs

A majority of respondents agreed that if e-cigs are less harmful than traditional cigarettes, it would be illogical to ban them (since tobacco products are still legal)

As far as the reasons people around the world use ENDS such as e-cigs, the survey found that nearly 80% of respondents said they believed ENDS were less harmful than tobacco smoking, and 85% of respondents also said that they used ENDS to quit smoking. Other popular reasons for using e-cigs included being allowed to use them where smoking is prohibited, and smoking fewer cigarettes.

The significance of this study to e-cig users and the industry cannot be overstated. For one, the high percentage of e-cig awareness in countries that ban them altogether demonstrates that internet sales is promoting the product effectively and will no doubt continue to do so in the coming years.

But also, even though e-cigs are not marketed as a smoking cessation aid—like nicotine gum or patches—the survey found they are frequently being used for this purpose by many people around the world. Because the long-term health effects of ENDS are still being studied, e-cig companies and best vape juice companies advertise their product as an “alternative” to tobacco smoking, but it seems that many smokers are using e-cigs as a healthier replacement for traditional cigarettes and a way to quit smoking altogether.

Dr. O’Connor summarizes the importance of the survey’s findings by saying:

This study represents a snapshot in time of the use of ENDS from mid-2015 to mid-2016. As the market evolves, awareness, trial, and use of ENDS are likely to increase. If credible evidence can be provided to regulators, through independently researched, well-controlled studies, which ENDS reduces the number of cigarette smokers and does not attract use among nonsmokers; then the net public health effect is likely to be positive.

The survey is scheduled to be published in the March issue of the American Journal of Preventative Medicine but is available for early release viewing online, which has already got the medical and scientific communities talking about the international perceptions of ENDS, and what this means for the future of e-cigs.

Read our blog to learn about further studies being done on e-cigs, vape juice and check back for updated information on how this new data on the global awareness and use of e-cigs is impacting the future of the industry.